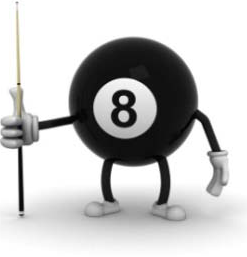 The 2010 Eightball Tasmanian Junior Championships will be held on the following dates, please contact Cyril Triffitt for further information and entry

This Years state u/15 titles will be held on the weekend 9th-10th of October at the Hobart Working Men’s Club interested players must contact Cyril on 0407870306 to check eligibility of entry, games will start at 9.45am each day and all players need to be present 15 minutes prior.

This Years state u/12 and u/18s titles will be held on the weekend 16th-17 of October at the Launceston Working Men’s Club interested players must contact Cyril on 0407870306 to check eligibility of entry, games will start at 9.45am each day and all players need to be present 15 minutes prior.

Notification of intention to play or not, before the 5th of Player code of conduct & drug testing authority must be signed and returned on the day

Yours in Junior 8-Ball

This email address is being protected from spambots. You need JavaScript enabled to view it.

Played at the LWC on Saturday July 31 and Sunday August 1st, 22 players competed for 9 positions in the Open Team to join the 2010 State Open Singles Champion Gregg Watt in the team to compete at the Australian 8Ball Championships in Adelaide from October 19th - 29th 2010

In what was a first for many years there were no play-off for positions in the team with the following 9 players making the team from the round robin play: Cale Barrett, Callan Bisett, Jeremy McGuire, Marcus Jackson, Ricky Lee, Anthony Adams, Chris Forsyth, Sam Thurgood, Tim Wright.

The full travelling squad for 8Ball Tasmania 2010 (Subject to change)

Captain, Vice Capatain, still to be named for Women's Team

Played at the LWC on Saturday July 24, the women played a full round robin with the top 7 making up the team and the top 4 also playing off for the 2010 State Women's Singles Title

Click here to view results from round robin matches 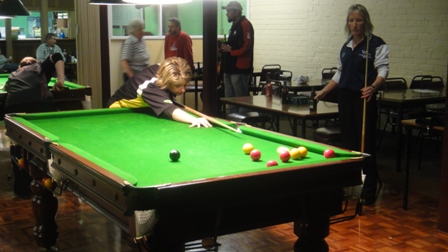 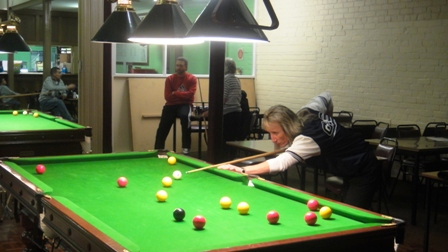 Held in two different sections as there was one player under the age of 50 in the field of 15 players, the final results for each section was as follows

The final saw Wayne Elliott win the first frame, with Lee coming back to level the score at 1-1 before Wayne went on to win the next 2 frames to take the 2010 State Masters Title 3-1 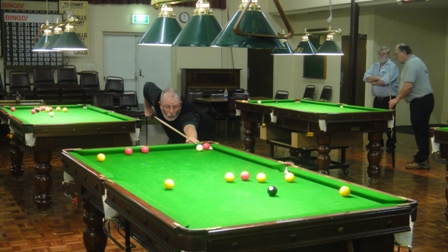 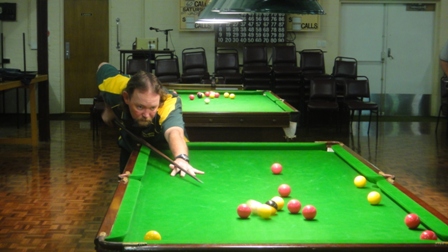 Chris played well to make the 4th position in the team as there was a 4 way play-off for 4th position between, Cyril Triffitt, Chris Snare, Terry Easther and Peter Miller 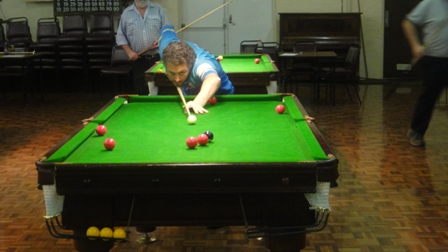